European media groups needs to come together to create something like a “European Hulu”, according to Olivier Schrameck, director-general of French media regulator the CSA. 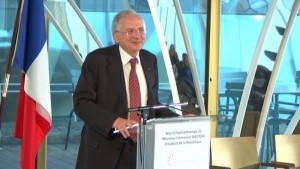 Speaking at an event at the Université Paris 2 Panthéon Assas, Schrameck said that such an initiative would “of course” have to take into account “the variety of languages and cultures” in Europe.

Schrameck recalled that when, in 2013, he had suggested there could be a need for a “French Hulu”, media leaders responded with incredulity.

“The audiovisual industry has common interests that are stronger than its differences,” he said, warning against complacency about “Trojan horses” represented by groups that avoided their responsibilities.

Schrameck said that there was need for closer collaboration between audiovisual regulators to facilitate this kind of initiative. He argued that the European Regulators Group for Audiovisual Media Services (ERGA), the group set up by the EC to advise on the audiovisual media service directive, would serve as a key anchor for the implementation of a directive that addressed the need for financial support for European content.

He said that regulatory cooperation at European level was crucial in giving European media groups a solid framework in which to develop collaborative approach and an “organised convergence”.

Schrameck said the CSA was leading by example, citing its involvement in Mediterranean area regulatory association the RIRM, which encompasses 26 countries around the Mediterranean, and Francophone area media regulators group REFRAM.