Amazon Web Services (AWS) has unveiled a suite of five AWS Elemental Media Services that are designed to make it easy for video providers to create cloud-based video offerings. 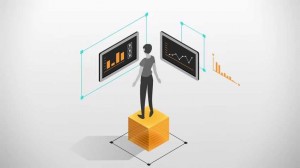 Amazon announced the news to coincide with its AWS re:Invent conference in Las Vegas and said that customers can use the suite to build customised video applications, paying only for the technology resources they use without upfront investment.

Based on AWS Elemental video solutions, the five cloud services let customers build end-to-end workflows for live and on-demand video that can be accessed across any device – including tablets, smart phones, connected TVs and set-top boxes.

“For the better part of six decades, professional-grade video workflows were limited to a few major industry players who could afford to build and maintain customised infrastructure that would be updated only once or twice each decade,” said Alex Dunlap, general manager at AWS Elemental.

“This not only helps traditional video providers innovate faster, but it also opens up new opportunities for startups, government agencies, schools, and multinational enterprises that, before today, had limited access to premium-quality video technology.”

An “extensive private preview” of the service suite has been trialed by Amazon Prime Video, BT, Fox Sports Australia, FuboTV, and Pac-12 Networks, among others.

“Offering live sports like NFL games globally, over-the-top on a large number of devices is complex, and we built our end-to-end architecture in the cloud,” said BA Winston, global head of video playback and delivery for Amazon Video.

“We used the AWS Elemental MediaTailor service, which allows us to deliver targeted ads that are seamlessly inserted into the main content, for a great viewer experience.”

BT’s director of TV and broadband Infrastructure, Ian Parr, said: “AWS Elemental has played a key role in our TV and Sport platform evolution over the past few years. The new AWS Elemental Media Services are a natural extension of media workflows to the cloud.”