French media regulator the CSA has given public broadcaster France Télévisions a broadly positive report on the first year of execution of its plan for the 2016-20 period, while highlighting areas that still need improvement. 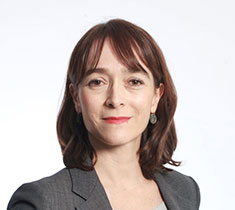 According to the regulator, the pubcaster has gone some way towards upping its game in support of French and European content creation in drama, spending 63% of overall content production spend on French and European fiction last year. However it said the broadcaster need to be bolder in the choices it made and regretted the absence of adaptations of French literary works in France Télévisions output.

The CSA also approved the diversity of France Télévisions’ €103 spend on documentary programming in 2016, but called on the broadcaster to give better definition to the factual content of each of its channels and condemned the absence of programmes devoted to the arts and literature in the pubcaster’s line-up.

The CSA gave France Télévisions an unqualified thumbs-up for its support for French animation, where its spend last year amounted to €27 million, France 4 aired some 3,800 of animation last year.

The CSA noted France Télévisions’ support for cinema production, but criticized a lowering of the number of hours in its schedule devoted to cinema in 2016.

The CSA said that France Télévisions’ plan to create a new digital platform had been a “partial success”. The number of videos viewed per month on all of the pubcaster’s digital platforms rose last year to 350 million a month, exceeding a target of 320 million. However, the new platform launched in May, which was designed to provide personalised recommendation and act as a precursor to the plan for a new SVOD service, had stumbled over the broadcaster’s move to implement a highly-criticised registration and log-in system, which was swiftly abandoned.

The CSA criticized France Télévisions’ boss Delphine Ernotte’s plans for a reorgansiation of France 3, which is mandated to offer regionalized programming, arguing that the new proposed structure could lead to increased costs.

The regulator also gave a mixed report to one of Ernotte’s pet projects, the creation of digital news service Franceinfo. The CSA was critical of a certain lack of transparency in how much the service cost to run, but noted that it was succeeding in attracting a multiscreen audience.

While noting that over 75% of French TV viewers watched France Télévisions channels for at least 15 minutes each week, meaning it was exceeding the target set in the plan of between 70-75%, the CSA noted that the aging of the pubcaster’s audience was a major challenge. While 29.2% of television viewers in 2016 were over 65 years of age, fully 54% of France Télévisions’ audience was in this age bracket.

France Télévisions is currently under pressure to find an additional €50 million in cost savings on top of budget cuts imposed earlier, leading to protests this week by journalists at the broadcaster.

Ernotte has unveiled her own plans for France Télévisions’ future development, following press reports of a government document proposing a reorganization of the broadcaster.