Qatar-based pay TV operator BeIN Media Group has struck a deal with Cricket Australia to bring cricket to its BeIN Sports service for the first time.

According to the company, the deal is the biggest ever cricket board rights deal for the region and will bring the best of Australian and international cricket to a growing MENA audience over the next six years. 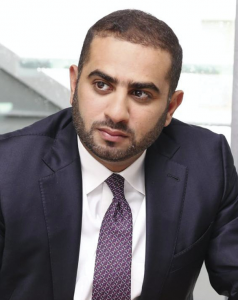 All games will be available in HD via subscription channels and online, with 4K coverage promised over BeIn’s recently launched 4K channel in the future.

BeiN sees a strong market for cricket in the Middle East, which is home to over eight million expatriates of Indian origin.

“It is important that we deliver on our promise to broadcast the very best global sports and events, and this is yet another significant milestone on this journey,” said Yousef Al Obaidly, Deputy CEO, beIN Media Group.

“The audience for cricket in the Middle East and North Africa is growing at an unprecedented pace, and viewers are rightly demanding better, more comprehensive, in-depth coverage. We are delighted that Cricket Australia has chosen to partner with beIN and we will guarantee cricket fans across the region access to high quality cricket coverage. This agreement with Cricket Australia is the latest in a series of rights deals that have seen beIN Media Group grow its portfolio, win a bigger share of the market and reaffirm itself as the undisputed first choice sports and entertainment broadcaster for the region.”