Canal+ has created its planned joint venture with Telecom Italia (TIM), focusing on the acquisition and production of movies and series that will enable Telecom Italia to develop a compelling pay TV offering for the Italian market.

In addition to movies and series, the JV will also be tasked with acquiring sports rights.

Canal+ said the pair’s joint project would enable TIM to build a pay TV offering encompassing linear TV as well as subscription and transactional video-on-demand and catch-up TV. It said the overall objective was to help TIM create convergent offerings and develop its fixed and mobile high-speed networks. 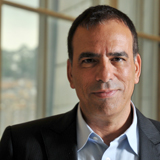 TIM is treating the deal as a ‘transaction with a related party’ following Italian regulator CONSOB’s ruling that Vivendi exercises control over the telco, a ruling TIM and Vivendi are continuing to fight.

“With this transaction, TIM is taking an important step forward in the strategy of convergence between telecommunications and media. The joint venture with Canal+ will in fact allow us to seize new opportunities for growth in a market undergoing continuous evolution through a commercial offer of fibre connectivity combined with premium video content,” said TIM’s CEO Amos Genish.

“We are very happy to team up with Telecom Italia for this exciting project in Italy. This concerns a major market and we are delighted to be able to develop with TIM premium content and leverage our expertise in the production of films, series and quality documentaries. In the course of recent months, Canal+ Group has equally demonstrated its ability to create value for telecom operators following its strategic partnerships with Orange, Free and Bouygues Telecom,” said Canal+ International president Jacques du Puy.

The creation of the JV came at the end of week in which the Italian government triggered its ‘golden power’ to intervene in cases where it believes its strategic interests are threatened, with regard to TIM. The TIM board confirmed it has begun reviewing the measure put in train by the government, which relate to the telco’s Sparkle and Telsy subsidiaries as well as TIM itself.

The government said that Vivendi’s de facto control over TIM presented a threat to national defence and security. While concerns have been expressed over Sparkle, which connects Italy internationally via submarine cables and Telsy, which provides encrypted communications to the military, Vivendi and TIM are also concerned about potential movies to force the telco to split its network arm from the main company.