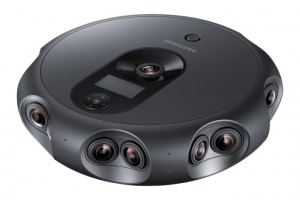 Samsung has launched 360 Round, a new camera for creating and streaming 3D content for virtual reality (VR).

The camera is designed to livestream 3D video in 4K, capture spatial audio, and create 3D images with depth.

“The combination of livestreaming capabilities, IP65 water and dust resistance and 17 lenses makes this camera ideal for a broad range of use cases our customers want – from livestreaming major events to filming at training facilities across various industries.”

Samsung said that the camera will be available “at a reasonable price compared to other professional 360 cameras”. Reports suggest a retail price of US$10,500.

The news comes less than two weeks after Nokia said it will halt further development of its OZO VR camera, citing “slower-than-expected development of the VR market”.