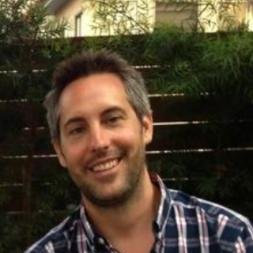 Snapchat will continue to focus on content that is designed specifically for mobile and will continue to rely exclusively on an advertising-based revenue, according to Sean Mills, the video messaging service’s head of original content.

Speaking at MIPCOM yesterday, Mills said that Snap’s newly announced content creator studio JV with NBCUniversal is based on the studio’s understanding that they need a “focused skillset” and that this made them the natural partner for Snap’s move into scripted content.

Lauren Anderson, SVP of programming at NBCUniversal, also on stage at MIPCOM, who will be chief content officer for the new venture, said: “First, I think this is a progression of what I’ve been doing, working with writers and producers and creatives on engaging content. The other part is really programming for a very specific audience. We are trying to reach that audience. They have shown us they have a very specific way they want to consume and interact with content.”

She said that the platform is in “experimenting mode” and could be a home for content ideas that don’t fit well elsewhere.

Mills said: “We can build real relationships with a select number of creators and I think that is a huge opportunity.”

Snap shows to date have been three to five minutes in length, and that will remain the case for scripted content, he said. The content will be “made for mobile” rather than created for multiplatform distribution.

Mills said the project “requires serious investment”. However, he added that Snap was “not trying to be the highest bidder” among others for content. He said that comedy is a good fit, but that drama could work too if the storyline matches the platform.

Mills said that the Snapchat video business model would remain advertising-based. The existing model of allowing publishers to sell advertising would likely also continue to work, he said.

Mills said the launch into scripted content was “about quality and not quantity”.

He said mobile video was “fundamentally different” but complementary to TV. Mobile is not “another screen to distribute content” but a “fundamental new medium”, he said. “The creative process has to have a fundamental shift.”

This not only means creating ‘vertical’ content that fits the mobile screen as it is normally held by users, but creating content that is fast moving and instantly catches attention, he said. Split screens are used frequently. Pacing and energy are key, said Mills.

Snap moved into TV this year, bringing content specifically for mobile from professional content providers such as NBCUniversal. Its unscripted content had been seen by about 100 million people so far, he said.