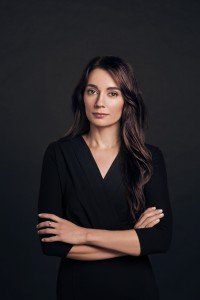 Speaking to DTVE ahead of MIPCOM, Xenia Fedorova, president and CEO of RT France, said that construction work is ongoing on the channel’s Paris studios and that the network should be on air by the end of the year.

The 24/7 French-language station will be headquartered in the Arcs de Seine Building complex in the heart of Paris and will have two studios – one for its news operations and another for post production work.

RT has assigned €20 million to launch the channel – funds that will cover equipment, rent and studio construction costs. It is also planning to employ 50 journalists in France and should have a total staff of around 150 by the end of the year, according to Fedorova.

The channel will be available in France and French speaking Europe – in Belgium and Luxembourg – with final distribution plans currently being worked out.

“We also plan to broadcast throughout the globe using satellites and aim at North Africa, French-speaking Africa, and Canada,” said Fedorova.

“We have some preliminary agreements with the major cable providers here in France. We will also be on satellite. It will be free-to-air. We also have our live transmission on the website – it will be available for anyone who wants to watch our channel online.”

Alongside its main RT international channel, RT, which is sponsored by the Russian state, runs a number of localised stations – including RT UK, RT Amercia, RT Arabic and RT en Espanol.

Plans for RT France’s rollout date back to 2015, but Fedorova explains that a drop in the price of the Ruble postponed the launch – even though RT had at that point already secured a broadcast licence, a premises and was ready to start work on building its studios.

“At that point of time, in 2015, the currency was dropping dramatically. Our budget was shrinking every day. We decided to freeze the operations, even though we had almost everything ready to go,” says Fedorova.

“It was the right decision because it took a while for the Russian Ruble to recover and to recover our budget. Basically now we are good to go.”

The RT Francais news website has been live since 2015, run by a staff of 15. This figure has now doubled as the site will play an important part in RT France’s digital strategy.

“We are coming to the French market to cover the missing part of the news stories – to cover news that is left out by the mainstream media,” says Fedorova.

“We strongly believe that any story should have several points of view, and quite often the mainstream media is leaving out the important ones.”