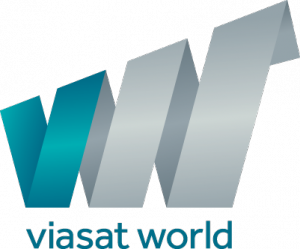 Viasat World is launching a direct-to-consumer movie service aimed at the Russian expatriate market, which will be available for Russian speakers globally, with a focus on targeting Russian-speaking populations in markets including the US, Germany, the UK, France and Israel.

She said it made sense to launch a direct-to-consumer offering because this price point would appeal to potential users in markets where pay TV services are often highly priced. However, Viasat World is also working with pay TV operators where this makes sense.

The service has launched on the Amazon Channels platform in the UK and Germany. TV1000 Russian Kino is also available on Sky’s OnPrime TV offering, and on Virgin Media as part of its Worldbox app.

Gofman said that she was targeting several hundreds of thousands of users as a conservative target amidst a base that numbers in the millions. She said competition included piracy and semi-legal services.

Viasat World is also planning to launch a new premium drama channel for central and eastern European markets later this year. The new service will offer a mix of high-end drama via affiliate platforms, but will also make about 80% of its content available via SVOD via those affiliate platforms.

The service, Epic Drama, will celebrate the greatest current drama series from around the world, according to Viasat World, and will be offered alongside Viasat World’s existing portfolio of channels.

The company said that the launch had been developed from research that identified a gap in the market. The service will be available in Bulgaria, Bosnia & Hercegovina, Croatia, the Czech Republic, Estonia, Greece, Hungary, Latvia, Lithuania, Macedonia, Montenegro, Poland, Romania, Serbia, Slovakia, Slovenia, Turkey and Ukraine via a pan-regional feed with further launches planned next year.

Over 70% of content on the service will be exclusive, with over 600 hours of drama available overall.