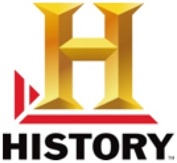 A+E Networks is looking to grow its presence in South Korea, launching History and Lifetime in the region as well as setting out further production and distribution goals.

A+E execs announced that the launch of A+E channels History and Lifetime in South Korea today and described intentions to invest further in the region through local production opportunities.

Original productions will feature prominently across the two channels and the company announced an initial slate of original content, which will premiere between this month and March 2018.

A+E has also signed an agreement with Korean talent management and production company iHQ, in which it owns a stake, for format development. The partnership aims to sell and distribute projects in the global market.

Two projects, Man vs. Child and Alone, have already been shortlisted and aim to begin production by the end of the year through the partnership. A+E joined the ranks of iHQ’s shareholders in March this year.

Content produced in Korea will be represented by A+E for global distribution of both original content and remake opportunities, which the company says will contribute significantly to the promotion of Korean content worldwide.

A+E will also look to collaborate with local studios and further reinforce South Korea’s position as a global hub for media content.

Youngsun Soh, general manager of A+E Networks Korea said, “A+E’s venture into the Korean market is particularly meaningful in that it is the first case in which a global media company not only operates channels in Korea, but also invests directly in the content production and distribution as well.

“We expect that the cooperative work between Korea and A+E, which has a global network, will have a positive influence on local companies including platform companies and content production agencies, in their expansion to the global market.”