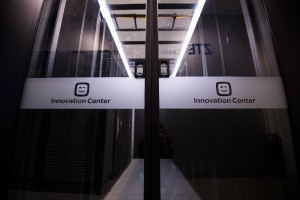 Liberty Global has opened a “knowledge and excellence hub” in Brussels to create and test new products.

Liberty said it will use the Telenet Innovation Centre – which is its second innovation hub alongside its Tech Campus near Amsterdam – to test its new technology for “connectivity, entertainment, and value-added services”.

Telenet will use the facility to test upgrades to its BASE mobile network and test the launch of 5G in Belgium, using the latest 5G network components and antennas.

In 2018, Liberty said it will use the innovation centre to start testing entertainment, value added services and customer experiences solutions and technologies.

“The opening of the Telenet Innovation Center is an important milestone for Liberty Global,” said Balan Nair. “The cutting-edge infrastructure and Telenet’s fully owned mobile network provide the perfect conditions for us to test the products and services that can pave the way towards the GIGAWorld.”

John Porter added: “Permanent innovation is the lifeline for our company, especially in a world of rapidly changing technology developments. With the Telenet Innovation Center, we want to be ambitious and bring our own innovations to a higher level, but also help shape external innovation projects.”

Last month Liberty Global announced the findings of research it commissioned titled ‘Unlocking GigaWorld Innovation’. This said that Gigaspeed technologies could generate a market worth at least €250 billion per year in Europe by 2025.