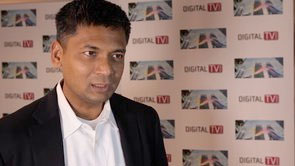 Liberty Global is planning to launch cloud DVR recording across its footprint in February, in its latest cloud TV move.

Speaking at a ‘CTO roadmap’ panel at IBC, Liberty’s executive vice-president and chief technology officer, Balan Nair, said that the new functionality would build on the cloud-powered catch-up services that Liberty already offers throughout its Horizon advanced TV footprint.

Currently users – depending on territory – can click backwards on the EPG to watch shows from the last 10 or 30 days, with programmes delivered from the content that Liberty has recorded in the cloud.

Discussing why Liberty hadn’t already enabled this functionality, Nair cited contractual negotiations: “Obviously we’ve got the technology because we’ve already done it [through backwards catch-up], but we are negotiating rights. There’s a lot of content rights negotiation that needs to happen.”

“There’s one country in all of our operations where I don’t think we’ll ever cross that line of being able to do it, because we have some holdouts that just feel very strongly that their business model will be disrupted by it.

“There’s no right or wrong answer. Everybody has to protect their own interests, I get that, but if you’re not careful to protect your own interests you may make your product less and less competitive.”

In a wide-ranging discussion, the Liberty CTO also talked about cloud infrastructure, wireless developments, artificial intelligence and other broad changes being felt by the industry.

On the cloud front, Nair said that he was comfortable relying on the capabilities of the big CDN providers and said he would advise colleagues to resist building their own cloud function internally.

“Remember the cost structure,” he warned. “Businesses are getting disrupted, if you do everything yourself you get stuck with a pretty big cost.”

In wireless, Nair described 5G as a “game changer” but predicted the technology would “absolutely not” replace the fixed network because of the economies at play – not least the expense of building out hundreds of thousands of towers and buying wireless spectrum.

As for AI, Nair said that artificial intelligence already present in behind-the-scenes functions, such as natural language processing across its footprint.

“You’ll see AI pervading almost in every facet of our operations,” he predicted. “Probably I’d say [we’re at] 15% now, probably about 50% in five years and even higher after that.”