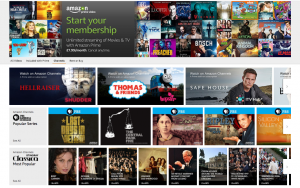 Amazon has added PBS America On Demand and Stingray Classica to its Amazon Channels line-up in the UK.

Both channel subscriptions will be available for Prime members to access via the Prime Video app on smart TVs, iOS and Android devices, Amazon Fire TV and Fire tablets, games consoles and through the web.

Amazon launched Amazon Channels in the UK, Germany and Austria in May of this year, allowing Prime users to add live and on-demand TV channels to their subscription package on an a la carte basis.

In the UK Amazon launched with a line-up of more than 40 channels and in Germany and Austria it went live with more than 25.

Amazon pioneered the service in the US, launching a channel offering there in December 2015.