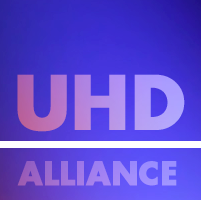 The UHD Alliance (UHDA) has expanded its Ultra HD Premium certification to include devices like streaming media players, set-top boxes, and desktop PCs.

“With 4K UHD TV shipments increasing by 42% to 81 million in 2017, the one constant in a continually and rapidly changing content delivery environment is the consumer demand for a premium content experience regardless of the delivery platform,” said UHD Alliance chairman, Michael Zink.

“To that end, whether they are viewing content delivered by a disc player, cable or satellite box, or a streaming media player, they can look for the Ultra HD Premium logo to identify products that deliver a premium experience in 4K UHD with HDR.”

At the same time, the Alliance said it is “broadening its mission” to include monitoring and maximising interoperability between product categories.

UHDA president, Mike Fidler, said that establishing a Ultra HD Premium benchmark remains a core part of the UHDA’s mission and that many companies are building products that “meet or exceed our specifications”.

However, he warned that a lot of technology is coming out quickly, making it hard for consumers to decipher what they mean. “As such, we think it’s critical that the Alliance take a broader view of consumer education and to expand our efforts for the benefit of the entire category.”

IHS Markit estimates that worldwide UHD television shipments will increase from 12 million units in 2014 to more than 100 million units by 2018.