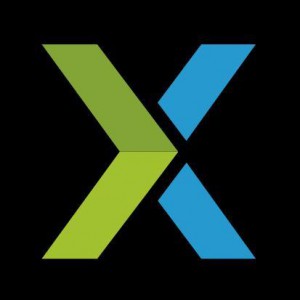 German broadcaster RTL has taken full control of video ad serving technology company SpotX in a deal that values the company at US$404 million.

RTL said its investment in the company demonstrated its commitment to an ambitious ad tech strategy as well as recognition of SpotX’s impressive growth and execution strategy.

RTL acquired an option to take 100% control of the company when it made its initial investment in the company in 2014. RTL is acquiring the 36.4% of the company that it does not already own for US$145 million.

The group said  it plans additional investments to further expand its ad-tech businesses.

The deal is expected to close in October. SpotX’s management team, led by company co-founders Mike Shehan, CEO, and Steve Swoboda, COO/CFO, will stay on to continue to execute the company’s vision.

SpotX will begin to work more closely with sister RTL Group company, Smartclip. The two companies will focus on achieving their aggressive growth plans, and collaborate to provide the most advanced advertising solutions possible for every screen consumers watch video.

“We are excited to take full ownership of SpotX, a leading global platform for ad serving and programmatic ad sales. Back in 2014, the majority stake in SpotX was our first big step into advertising technology; gaining full ownership now is another major step in transforming RTL Group into a ‘total video’ powerhouse,” said Bert Habets and Guillaume de Posch, Co-CEOs of RTL Group.

“Together with the very experienced management teams of SpotX and of our European asset Smartclip, we are working on an ambitious growth plan for our ad tech businesses, including further acquisitions, partnerships and deeper synergies across RTL Group. Our joint vision is to build the leading global video monetization offering for broadcasters and premium inventory owners to maximize the value of their audiences consuming total video content across multiple devices.”

The pair said that their plan involved “the close collaboration between SpotX and Smartclip, rolling out their solutions across our operations and scaling up the businesses with further acquisitions and partnerships”.

SpotX’s Shehan said: “SpotX is emerging as the premier expert in digital monetisation of OTT content delivery, and uniquely positioned to assist broadcasters and other modern TV players with maximising their profitability in the new delivery ecosystem. RTL Group’s investment will help extend our footprint in TV as we bring together the TV and digital video worlds.”