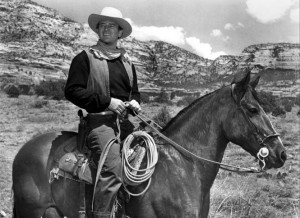 The launch of Best Westerns Evern follows Ownzones launch of vintage TV series channel Best TV Ever. The new service will provide access to about 400 titles for a monthly fee of US$1.99.

The line-up of content includes movies and series such as The Cisco Kid, Bell the Kid Wanted, Red River Valley, The Over the Hill Gang, Rawhide and Bonanza.

Ownzones said it plans to launch a full stable of niche vertical SVOD channels, of which Best Westerns Ever is the latest iteration.

“In launching these niche channels, we are recognising and responding to vastly underserved audience segments by developing exciting, affordable consumer offerings that appeal to their viewing passions,” said Doug Lee, head of programming at Ownzones.

“Best Western Ever is a robust channel offering sure to delight Western superfans, who will no longer have to pay high prices to gain access to the titles they love. We’re delivering the best of the genre in feature films and series with one-click convenience.”

Ownzones offers a technology platform targeted at content owners looking to distribute OTT to the web, mobile apps and connected devices as will as its own direct-to-consumer streaming channels. The company also produces its own web lifestyle content aimed at millennials. In March it launched outside the US with Passport Romania, a service featuring local and international celebrity influencers on Liberty Global’s Horizon platform.