Russian free and pay TV broadcaster Amedia has signed a new deal with HBO giving it the exclusive Russian rights to first-run HBO shows and HBO’s programming library for the first time.

Amedia first inked an output deal with HBO in 2013 as the lynchpin of its then-new premium offering. However, this deal was not exclusive. The group subsequently expanded its pay offering with the addition of Russian content.

The new agreement takes effect from this month.  All new HBO TV series, films, documentaries, concerts and special events will also premiere in Russia on Amedia TV simultaneously with HBO releases in the US. 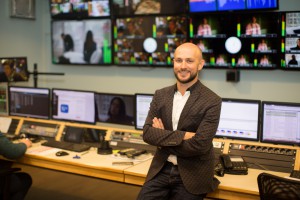 The deal will give Amedia subscribers access to HBO shows including The Sopranos, The Wire and Game of Thrones as well as new 1970s-set drama The Deuce, crime drama Sharp Objects and Julia Roberts starrer Today Will Be Different.

“Under our new relationship with HBO, Amedia’s status as the leader of premium pay television and SVOD in Russia and the CIS becomes paramount, guaranteeing premium content to our customers for years to come,” said Denis Gorshkov, CEO of Amedia TV.

“Amedia TV has always been a leader and innovator in the premium space. Recognising the aggregated value of HBO programming, Amedia TV is creating an unprecedented proposition for its customers,” said Charles Schreger, president, programming sales, HBO.