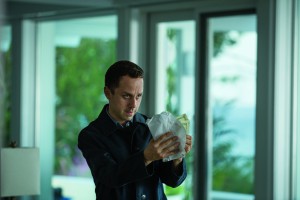 Amazon Prime Video has revealed that Bryan Cranston-created drama Sneaky Pete is its most popular drama this year in the UK.

Unsurprisingly, The Grand Tour ranks as its most popular unscripted series, while American Gods is its most watched fantasy series and Just Add Magic is the leading kids show.

Yesterday, Amazon Studios chief Roy Price named The Grand Tour as the most popular original TV show on the Prime Video platform, though as Amazon does not release viewing figures it is unclear how many eyeballs it is drawing.

Crime drama Sneaky Pete stars Giovanni Ribisi as a former convict, who adopts his ex-cellmate’s identity in order to avoid his former life.

Cranston (Breaking Bad) co-created the series with David Shore (House), who has since exited the series. Graham Yost (Justified) has replaced him, and the series is headed for a second season.

In the UK, American Gods is billed as an original series following a deal with distributor FremantleMedia, while Just Add Magic is an in-house series based on Cindy Callaghan’s book of the same name.