Eleven gets into eSports with Gfinity deal 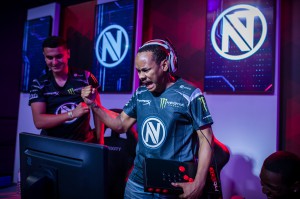 The Elite Series will be offered by Eleven across all seven markets in which its channels are available.

The eight teams, which include Team EnVyUs, an American team that was recently crowned International Team of the Year at the Esports Industry Awards, and Epsilon Esports, a Belgium-based competitive gaming outfit with one of the top European CS:GO teams, will face off in the Elite Series, with each team having drafted top amateur talent into their roster from the online Gfinity Challenger Series.

The teams will compete in a seven-week regular season featuring round robin league fixtures, followed by semi-finals and finals. All matches are being held at the Gfinity Esports Arena in Fulham Broadway, London.

According to Eleven, Gfinity has plans to extend the Challenger Series and Elite Series into new markets. Eleven said that the partnership would enable it to introduce traditional sports fans to the eSports phenomenon.

It said that the presence of US and Belgian based teams and Polish players competing in the Elite Series also made this property particularly relevant for Eleven Sports in those local markets.

Gfinity has organised 4.2 million gaming sessions which have achieved more than 100 million views to date across more than 20 countries with a total of 1.2 billion minutes watched.

“Esports is growing rapidly worldwide and we are thrilled to agree this deal with Gfinity to bring a slice of the action to fans in every one of our markets. Gfinity aims to create a community where gamers can play, share, watch and learn via dynamic and engaging content. This makes it the perfect partner for ELEVEN SPORTS in line with our strategy to bring fans close the action, creating a go to destination where a community of dedicated and passionate millennial fans can access a diverse range of content that is tailor-made for them,” said Danny Menken, Group Managing Director, Eleven Sports.

“We are very excited to work with Eleven Sports as they are an excellent partner to deliver top quality broadcasting available in almost 80 million pay TV households on top of their OTT subscribers in the key markets where esports matters the most. Eleven Sports distributes some of the biggest sporting events which makes them a natural fit for all the competitive video game action that the Elite Series has to offer in full HD, globally,” said Neville Upton, CEO, Gfinity.