Nordic telco Telia’s second quarter performance was boosted by a solid growth in TV numbers, although its financial performance in its domestic Swedish market fell short of expectations.

Telia has been struggling to recover from a series of scandals that hit it last year over alleged bribery of government officials in Uzbekistan.

Telia overall reported net revenues of SEK19 billion (€2 billion) for the quarter, down 6.3%, an a loss of SEK308 million, compared with a profit of SEK3.9 billion for the same period last year. The results were impacted by the discontinuation of the group’s scandal-hit Eurasian operations. 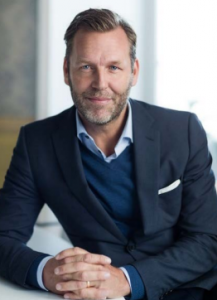 President and CEO Johan Dennelind said that he was hopeful the Eurasian assets could be disposed of this year, and said that the group was continuing discussions with the US Department of Justice, the SEC and Dutch authorities about the ongoing investigation.

He said Telia was confident its adjusted provision was a best estimate of the financial sanction it would ultimately be expected to pay over its alleged payment of bribes to secure licences in Uzbekistan.

Dennelind said that EBITDA in Sweden had been “disappointing”, but reiterated the company’s full year outlook based on a strong performance elsewhere.

Revenues in Sweden fell by 2% to SEK9 billion for the quarter, with increased revenue from broadband and TV failing to offset lower revenues from fixed telephony and fibre installation, which was held up by a number of factors including delays in obtaining permits.

In Finland, Telia’s TV base was flat year-on-year, dropping by 2,000 year-on-year to end with 483,000 TV homes, including a drop of 3,000 in the quarter to June. The company’s broadband and TV base declined more significantly over the same period.

In Lithuania, Telia’s local unit grew its TV base by 5.4% year-on-year to 234,000, adding 3,000 in the quarter. The company’s broadband base also grew, while its fixed and mobile phone bases declined.

In Estonia, Telia’s local subsidiary grew its TV base marginally, rising by 1.1% year-on-year to reach 177,000. TV numbers were flat during the quarter to June, while fixed broadband and mobile phone numbers grew.

Telia’s small Danish TV base grew by 5,000 in the quarter to 33,000, while its fixed phone and broadband bases declined. Its Danish mobile base also fell sharply due to removal of a prepaid service.

In Latvia, Lattelecom, in which Telia owns a 49% stake, reported 4% increase in TV revenues.