The BBC’s commercial arm reported a year-on-year increase in sales and profits, but cash returns to the corporation fell for the third consecutive year. 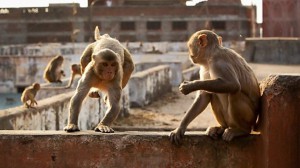 However, excluding £15 million of returns related to the partial disposal of BBC America in the prior year’s numbers, Worldwide claimed that returns were up this year and represented a “record year for organically generated returns”.

BBCWW said that during 2016/17 it made a number of small disposals and a dilution of ownership in North American SVOD service BritBox to AMC Networks.

In its consolidated cash flow statement, it said that it made £2.7m from the disposal of interests in JVs and other investments during 2017/16 compared to £31.6 million the year before.

“This financial return to the Corporation is essential in allowing the BBC to commission with a level of ambition and commitment to quality that simply would not be possible with the licence fee alone.”

Hall said that BBCWW and its partners provides between “one-half and fourth-fifths of funding” across flagship BBC programmes Planet Earth II, Doctor Who and Top Gear.

BBCWW said it had made “good progress” on concentrating its investment and stopping non-core activity, after it refined its strategy in 2013 to focus on three core areas: premium content; global brands; and digital transformation.

During the past year it also made further progress in its ‘direct-to-consumer digital approach’ with the launch of a new BBC Player TV Everywhere app in Singapore and Malaysia, and the rollout of Britbox – in partnership with ITV – in the US in March.

“We begin the new year facing a complex set of conditions.  The outlook remains unpredictable, but demand so far has largely held up well overall,” said CEO of BBC Worldwide and director, global, Tim Davie.

“We are actively evolving our company to stay ahead of market developments. We have an exciting slate – including Blue Planet II, Top of the Lake 2 and McMafia – backed by strong relationships with producers and customers alike. We believe these are robust reasons to give our shareholder, partners and stakeholders confidence in our future prospects.”