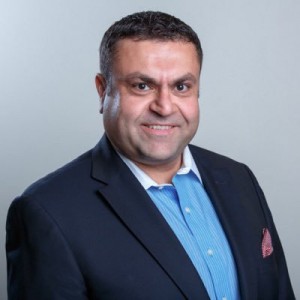 Speaking at a press and analyst briefing in London last week, Tarif Sayed, head of VR Technologies at Nokia OZO, said 2016 was “a bit disappointing” despite the hype that the VR space has attracted.

“There was kind of a depression period in Q4 [2016] and Q1 this year. Now we have started to feel like we’re going again up the ladder in more steady steps and I think that will keep growing,” he said.

Sayed claimed that the VR market will be bolstered by a number of milestones – such as the reduction of VR headset prices, increased affordability of VR-compatible high-end PCs and laptops, and the introduction of new all-in-one wireless VR headsets.

HTC’s forthcoming wireless HTC VIVE – which will be one of the first standalone VR headsets to run using Google’s Daydream VR platform – will help up the install base of high-end head headsets and move the industry beyond Google Cardboard, he added.

“I think the non-mobile-based, all-in-one wireless device – meaning it has its own operating system within the device – will be a game changer,” said Sayed, speaking ahead of reports that Facebook is also working on a wireless Oculus VR headset for release next year.

“Last year when people started looking at the disappointing shipping numbers of headsets, it wasn’t a good moment,” said Sayed. “I think [at] the end of this year, many companies will celebrate their success – I’m very confident about that.”

Nokia launched its OZO virtual reality camera in Europe in March 2016, selling the device at a retail price of €55,000.

At NAB this year Nokia unveiled its next generation of immersive technology solutions with Ozo Reality – its vision for the future of virtual and mixed reality experiences.

“We believe we need to challenge everything that we know about how to create and deliver visual experiences based on video, audio and mixed reality,” said Sayed.

“We are really challenging the fundamentals of what’s happening now in the industry and we invite everybody who also wants to challenge the status quo to join us and fight with us.”

Nokia currently claims to employ some 200 dedicated VR staff split across Nokia Technology’s main offices in California and its R&D centre in Finland.

UPDATE: Nokia has clarified that it is currently selling the OZO camera for US$40,000, the equivalent of about €34,780.