Joyne, a new Dutch satellite pay TV offering with low-cost flexible packages and a sport-skewed line-up of channels, has tapped Eutelsat to provide capacity via the Eutelsat 9B satellite to reach viewers in the Netherlands and Europe. 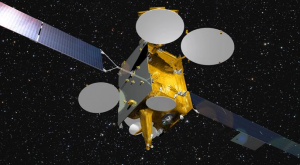 Joyne is offering a mix of 30 pay and free-to-air channels including Fox Sports HD and Discovery Networks Benelux.

Monthly subscriptions are available from €13. Joyne is offering the option of signing up for one month with no ongoing commitment, in a move that is targeted at viewers with second homes and holiday homes. It is also making aspecial offers for public spaces in campsites and bars to target the recreational market.

Joyne has tapped Conax to provide conditional access. The service is receivable via 45cm dishes in the Eutelsat 9B footprint.

Hans Brunas, CEO of Joyne, said, “The new Joyne brand stands for connection and the pleasure afforded by quality entertainment. Our new proposition will be distinctive for TV quality, broad reception across Europe and flexibility in subscriptions. With these criteria at the centre of our ambition it is a logical choice to select Eutelsat as our satellite platform and we look forward to a long cooperation.”

Michel Azibert, chief commercial and development officer of Eutelsat, said: “This new contract with Joyne on Eutelsat 9B reflects the efficiency of satellites for targeting language communities and for extending access to premium pay TV content for the many viewers who want short-term seasonal solutions. It marks the first step in a partnership with a new European player that places exceptional flexibility at its core.”