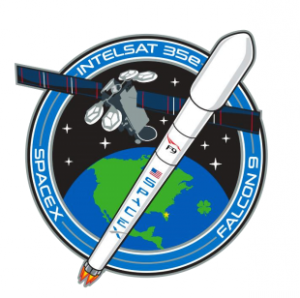 The launch of Intelsat’s new satellite, Intelsat 35e, has been aborted at the last moment for the second time in two days.

Yesterday’s launch from Cape Canaveral on a SpaceX Falcon 9 launch vehicle was halted 10 seconds before the planned take-off time, prior to rocket ignition.

SpaceX attributed the stand-down to “a violation of abort criteria” but said that the vehicle and payload are in good health with July 4 the next launch opportunity.

SpaceX founder and CEO Elon Musk later tweeted: “We’re going to spend the 4th doing a full review of rocket and pad systems. Launch no earlier than 5th/6th. Only one chance to get it right…”

During a live webcast of yesterday’s planned take-off, SpaceX’s Falcon 9 principal integration engineer said that “scrubbing at t-minus 10 seconds is not unusual when we test-fire the rockets in Texas or even at the launch site.

“We run an abort sequence, as it’s called, so we can save the vehicle. We’ve already gone through that and we have moved on into offloading propellant in order to protect another launch opportunity.”

A planned launch on July 2 was also halted after abort guidance was issued just before lift-off.

On yesterday’s webcast, Insprucker said that a review of the vehicle after the previous day’s abort showed that the “guidance system and the flight vehicle were in good shape”.

“We actually had a problem with the ground limits which we have since modified so we should not see that same abort today,” he said ahead of yesterday’s planned launch time.

Intelsat 35e will be Intelsat’s fourth EpicNG satellite and is due to be placed into service at 325.5° East, replacing Intelsat 903, which is due to be redeployed to another Intelsat orbital location by year-end.

Intelsat 35e will deliver high performance services in C- and Ku-band for wireless infrastructure, mobility, broadband, government and media customers in the Americas, the Caribbean, Europe and Africa.