Virtualisation will “revolutionise the world of video”, creating a very different way of distributing content through a “forced change”, according to David Crawford, managing director, satellite and media at transmission services provider Arqiva.

Speaking at the Marketforce Future of Broadcasting conference, Crawford said that one year ago, the same event was dominated by the role of public sector broadcasters and the question of whether OTT TV providers were “serious competitors”. That new now seems “antiquated”, he said. The debate had changed hugely. 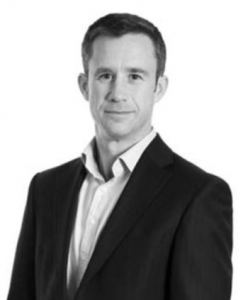 Crawford said that Arqiva launched its first cloud-based pop-up channel at IBC last year. By the end of this year it will have a full virtualised service for customer trial and launch, he said.

“This is happening quite quickly,” said Crawford. “The broadcast industry [has been] quite defensive, but now we are talking about the opportunities of virtualisation.”

Broadcasters were now excited about the promise of the new technology, he said, in part because they face ongoing cost pressures and need to transfer spending from technology and operations to content.

The broadcast supply chain is still “hugely inefficient”, he said, comparing the industry to the retail business, where chains such as Zara had revolutionised their supply chain while more traditional chains had been left behind, struggling. “Broadcast is going through the same thing,” he said.

Delivering on the promise of virtualisation is hugely complex and will take time, however. Crawford said that managing multiple file formats is key. Different languages, different devices and transmission methods led to thousands of variants for individual pieces of content. “This has to be managed,” he said.

Crawford said that moving to an IT-centric way of delivering content is “far from simple”. He said the industry would likely see “the rise of the IT hero” to help deliver scalable systems.

The broadcast media industry is still at a n early stage. “Whether you go in house or outside, it will involve blood, sweat and tears,” he said.