Ericsson: video to account for 75% of all mobile traffic 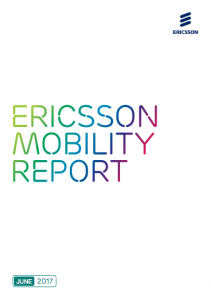 Mobile video traffic will grow by around 50% annually between 2016 and 2022 to account for nearly 75% of all mobile traffic, according to the latest edition of the Ericsson Mobility Report.

Ericsson said it expects social networking to grow by 38% annually over the next six years. However, its relative share of traffic will decline from 13% in 2016 to around 11% in 2022, as a result of the stronger growth in video.

The study said that YouTube still dominates video traffic in most mobile networks, but noted that local players are challenging the video service in some countries.

“YouTube traffic accounts for 40–70% of total video traffic for almost all measured networks, regardless of device type,” said Ericsson. “YouTube is also the most used on-demand video service in the world, with 70% of consumers using it at least on a weekly basis.”

It claimed that Netflix also reaches some 10-20% of total mobile video traffic in some markets, though in others its share of traffic is “still very small”.

The report estimates that 2.6 billion new mobile broadband subscribers will be added through 2022 and that the dominant access technology will be 4G, also known as LTE, in 2018, making it the fastest-growing mobile technology in history.

“Based on measurements made in hundreds of mobile networks, the Ericsson Mobility Report data truly illustrates the tremendous underlying growth in the industry,” said Niklas Heuveldop, chief strategy officer and head of technology and emerging business, Ericsson.

“4G subscriptions are increasing faster than ever, voice over LTE uptake is accelerating and traffic growth has reached levels we have not seen since 2013.”