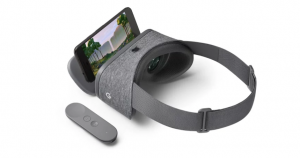 The global installed base of VR headsets is due to climb from 18 million in 2016 to 91 million in 2021, according to IHS Markit.

Presenting stats at IHS Markit’s Media and Technology Conference in London yesterday, IHS Technology’s director of games research, Piers Harding-Rolls, said that smartphone VR would continue to hold a “significant volume advantage” over the market in years to come.

Google Daydream was predicted to be the most popular VR headset by 2018, overtaking Samsung Gear VR – though Samsung itself is a hardware partner for the Daydream platform.

IHS Markit expects in-home VR entertainment content spend to be dominated by interactive content over the forecast period – namely games, experiences and apps – with 360° forecast to only account for a tiny proportion of the overall market.

“The best strategies for in-home content monetisation remain unclear,” according to Harding-Rolls. He said that questions still remain about whether in-app purchases work for VR content, if advertising works in VR and whether subscription will work with VR video services.

At its I/O developer conference in California last month, Google said that the first standalone virtual reality headsets to run using Google’s Daydream VR platform are due to launch later this year.