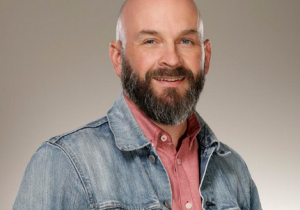 His new post as senior VP of digital content will see him lead development and production of native digital content for shows such as Will & Grace, World of Dance and This is Us.

Hein was previously senior VP of programming and production at LDN, where he worked on multiplatform content for the Nerdist, Geek & Sundry and Smart Girls brands.

He was also part of the team that launched LDN’s subscription VOD platform, Alpha, which debuted in November and offers programming and digital content from all of Legendary’s key subsidiaries.

Before that, he was Twentieth Century Fox, working on development and production of made-for-digital films and series.

NBC pointed to Hein’s past in digital video, noting he had worked with early adopter digital publishers such as iFilm, Mediatrip and Atomfilms during the late 1990s. During this period he worked on series with the likes of Sam Raimi, Doug Liman and Jerry Zucker.

“Steven brings a wealth of experience developing and producing world class digital content in today’s rapidly evolving television landscape.” said Hayes. “He will be instrumental in helping grow our multiplatform presence and advance our digital strategy.”