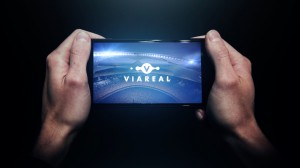 Modern Times Group (MTG) has launched a virtual reality app, offering extensions from its linear TV shows and from sports and eSports events, as well as exclusive VR-content.

Viareal is MTG’s first VR app and is available across the Nordic region for up-to-date Android and iOS devices, Gear VR and a range of other VR headsets.

Viewers will be able to experience the UEFA Champions League in VR and also access VR extensions for the ‘Nordic Rumble’ boxing bout and and ESL’s and DreamHack’s global eSports competitions.

The app will also let users take virtual tour inside some of MTG’s popular TV series, like Paradise Hotel, while original VR productions for the platform include  Norwegian Love, Nordic Haute Route, and VR & Chill.

MTG said it looks forward to “engaging and endorsing” third-party VR content creators of original Viareal productions that “push the boundaries of the medium”.

“The combination of Viareal and MTG’s storytelling will take the viewer experience to the next level, and the UEFA Champions League final is a spectacular occasion to continue exploring this incredible technology.”

Viktor Ängmo, head of product, MTG Tech, described Viareal as “a new dimension of entertainment open to everyone”.

“Just imagine stepping into the UEFA Champions League final or using VR to get behind the scenes of your favourite TV show,” said Ängmo. “The global VR story is just starting, and MTG aims to be a positive force in the ecosystem and to catalyse the Nordic region’s VR possibilities.”

MTG developed the platform and the app’s functionality in partnership with visual effects company Digital Domain.

Viareal is available to download now from the Google Play store and Apple App Store. It will be available via the Oculus Gear VR store from May 31.