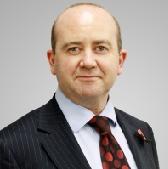 Welsh indie production body the TAC has welcomed the appointment of senior civil servant Owen Evans as CEO of the nation’s pubcaster, S4C.

TAC chairman Iestyn Garlick welcomed the hire, saying: “We are pleased to see that S4C has appointed a senior figure to lead the service into a new era. We very much look forward to engaging with him, and continuing to build a positive relationship between S4C and the independent production companies around Wales who make programmes for them.

“We’d also like to take the opportunity to thank Ian Jones for all his hard work, in particular for building a more positive and high-profile image of S4C amongst decision-makers and opinion-formers. He will be leaving S4C in a strong position to progress into the new multiplatform era.”

Jones announced his exit in December last year after leading the pubcaster through tough budget negotiations with the government and securing new financial commitments from S4C’s UK counterpart the BBC.

Evans is currently deputy permanent secretary to the Welsh Government, overseeing education and public services, and handling a budget of more than £6.6 billion.

He has been with the civil service since 2010, and before that was director of business in the community for Wales and spent ten years working for telco and pay TV provider BT, helping to develop broadband strategy.

“We are very fortunate to be able to appoint as S4C’s leader for the coming years someone who has demonstrated his ability in so many fields,” said S3C chairman Huw Jones.

“Owen has shown more than once during his career the ability to adapt and take on major new responsibilities, including in the field of technology and the Welsh language. He is a highly respected leader with particular experience of building partnerships. Together with the talented people already working at S4C, we can look forward to the future with confidence.”