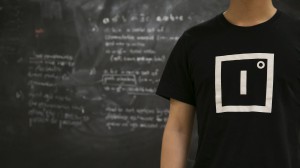 London-based virtual reality (VR) technology company, Improbable, has raised US$502m in a Series B funding round led by SoftBank.

Improbable said it will invest the cash in developing its technology – including its SpatialOS distributed operating system. It also plans to up recruitment at its London and San Francisco offices.

Improbable uses cloud computing to allow the creation of ‘virtual worlds’, which can be used in games and large-scale simulations of the real world.

Its first product, SpatialOS, is a distributed operating system for massive-scale simulations. It integrates with major game engines and has been in live beta since March.

“We believe that the next major phase in computing will be the emergence of large-scale virtual worlds which enrich human experience and change how we understand the real world,” said Improbable CEO, Herman Narula.

As part of the funding round, Softbank managing director, Deep Nishar, joins the Improbable board, and the company said it will explore and identify ways to form “mutually beneficial relationships” with SoftBank, its partners and portfolio companies.

Existing investors, Andreessen Horowitz and Horizons Ventures also made follow-on investments as part of the new round,

“Improbable is building breakthrough technologies that are becoming vital and valuable platforms for the global gaming industry,” said Nishar.

“Beyond gaming, this new form of simulation on a massive scale has the potential to help us make better decisions about the world we live in. Improbable’s technology will help us explore disease, improve cities, understand economies and solve complex problems on a previously unimaginable scale.”