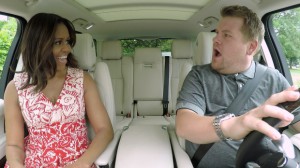 Apple is reportedly aiming to release as many as 10 original series this year through its subscription Apple Music service.

According to a Bloomberg report, Apple is working on “several” music-themed documentaries alongside its previously announced series Carpool Karaoke and Planet of the Apps.

Speaking at the Code Media conference in February, Apple’s senior vice-president of internet software and services, Eddy Cue, said: “We think that video can be a very important part of Apple Music. It’s one of the differentiating factors that we can add.”

“We’re just starting out and we’re excited,” he said. “We think these shows bring something to customers that haven’t been seen before, so there’s something unique, special that we’re bringing to the table. I think there are more ideas like that that we have, so we hope to continue doing more – and we’ll see.”

At the February event Cue gave attendees a first glimpse of Planet of the Apps, a show that will see contestants pitch for investment entrepreneurs and celebrities Will.i.am, Jessica Alba, Gary Vaynerchuk and Gwyneth Paltrow.

Carpool Karaoke was the first original to be announced by Apple and is a spin-off of the Late Late Show with James Corden.

Both of these two shows were slated to launch this spring, though Reuters reported last week that they have been delayed to an unspecified date later in the year.