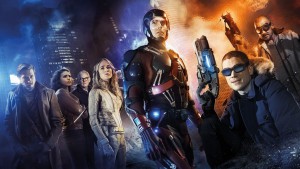 Warner Bros. Television is working on a pair of original series for a soon-to-launch DC-branded digital service.

Warner and DC Entertainment are preparing live-action drama Titans and animation Young Justice: Outsiders for the platform, which is scheduled to go direct-to-consumer next year.

The platform is the latest branded D2C offer from WBDNG, following the launch of the global Boomerang OTT service and the full acquisition of SVOD player DramaFever. It also counts games-focused MCN Machinima in its ranks, and recently appointed Russell Arons as general manager there.

Titans will follow “a group of soon-to-be superheroes recruited from every corner of the DC Universe”, and is billed as a dramatic adventure series.

Warner’s Time Warner stablemate TNT had originally ordered a pilot of Titans in 2014, but this did not make it to series.

Young Justice: Outsiders is a continuation of a Cartoon Network series that has run to two seasons so far, and follows teenage superheroes from the DC Universe.

The new season will follow the team attempting to stop meta-human trafficking and the galactic threat it poses.

Both series are currently in early stages of production.