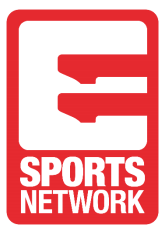 Sports broadcaster Eleven Sports is launching a third channel in Belgium. Eleven Sports 3 will be available in Flemish and French, initially via the elevensports.be website and Eleven Sports app.

The channel will air football matches from La Liga, Serie A and Ligue 1 as well as other sports that are popular in the local market including Euro Hockey League, Champions League Handball, Premier League Darts and the World Cup of Darts, and mixed martial arts content from Cage Warriors.

The OTT TV channel will operate alongside the existing Eleven Sports 1 and Eleven Sports 2 services in the country. The company said that negotiations were ongoing with distribution platforms to add the new channel to their packages.

Belgian sports fans will be able to subscribe to all three Eleven Sports srvices as a package for €9.99 a month or €99 a year. Eleven Sports 3 will also be available à la carte.

“Introducing Eleven Sports 3 ensures we will deliver even more world-class sports content to fans everywhere in Belgium while also giving them opportunity to watch their favourite players, teams and sports without having to worry about scheduling clashes,” said Danny Menken, group managing director, Eleven Sports. “Aligned to our strategy to deliver content that is popular in the local market we are also delighted to give fans a front row seat to more international events such the World Cup of Darts and the Euro Hockey League – giving them the entertainment they want, when they want it.”