Deutsche Telekom to launch UHD on Entertain TV this year 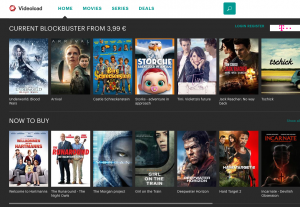 Deutsche Telekom is more or less ready to start delivering UHD TV as part of its Entertain TV service and will launch channels later this year, according to Peter Kirchoff, VP of content at the German telco.

Speaking on a panel session at MIPTV, Kirchoff said that Deutsche Telekom already offers some 4K content over-the-top on Videoload, its OTT video-on-demand offering. However, channels will be made available to the TV via set-top boxes later this year.

Kirchoff said that Telekom would probably launch UHD with “two to four channels”, with a plan ultimately to make up to eight channels available. He said that the service requires a lot of bandwidth, so moves will be made on a step-by-step basis.

Kirchoff said that Germany’s public and commercial broadcasters are in the process of developing UHD services. He said Telekom would look to incorporate its offerings with their services when they became available.

Germany has an installed base of about three million UHD TVs today, with 25% of buyers opting for 4K sets currently, he added.

Telekom revamped its Entertain TV offering last year with the launch of seven-day replay TV. The company also acquired a number of sports rights and started experimenting with new formats including VR.