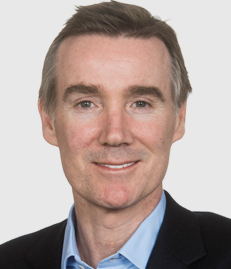 ITV Studios saw its revenue hit nearly £1.4 billion in 2016, which helped to drive growth at parent broadcaster ITV despite ongoing economic uncertainty in the UK.

The division houses Talpa Media, a host of US producers such as Leftbank Entertainment (now known as ITV America), Twofour Group, and the recently acquired Tetra Media Studio.

Strong performance at distributor ITV Studios Global Entertainment, however, and Dutch subsidiary Talpa Media “partially offset” those losses. In fact, ITV Studios’ rest of world revenue was up 67% to £355 million, while ITVSGE grew 14% to reach £179 million.

Earnings before interest, tax and amortisation at ITV Studios were £243 million, 18% up on the £206 million posted in 2015. Revenue and profit for the broadcasting segment dropped, but overall ITV saw EBITA rise 2% from £865 million to £885 million.

According to full year results to December 31, 2016, ITV Studios supplied around 7,800 hours of content to 234 channels and platforms in the UK and internationally last year, including 155 hours of drama and 80 formats.

ITV said increased investment in US scripted content such as Somewhere Between, The Good Witch, Sun Records and Snowpiercer, along with a “reversal of the one-off benefit of The Voice of China [Talpa scored a four-season licensing agreement] in 2016”, means ITV Studios profits this year will “likely to be broadly in line with 2016”. Revenues will mainly derive from organic sources, it added.

ITV also reiterated that upcoming subscription VOD service BritBox – which is debuting in the US as a JV of ITV, the BBC and AMC Networks – will go international.

The full-year results also revealed yesterday’s majority takeover of French indie group Tetra Media Studio was for a 65.05% stake, and that ITV had exercised a call option to acquire the 38.5% of Gurney Productions it didn’t already own on February 6. (ITV is currently embroiled in a legal dispute with Gurney co-founders Scott and Deidre Gurney.)

“ITV delivered a good performance in 2016 as we continue our strategy of rebalancing and strengthening the business creatively, commercially and financially,” said ITV CEO Adam Crozier, who has been linked to an exit after transforming the company’s focus and performance since joining in 2010.

“The continued growth in revenue and adjusted profit, despite a 3% decline in spot advertising revenues resulting from wider political and economic uncertainty, is clear evidence that our strategy is working and remains the right one for ITV.”