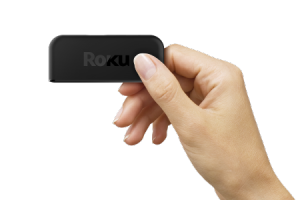 Streaming device maker Roku said it experienced “record growth” in 2016, generating nearly US$400 million in revenue and serving a total of 9 billion hours of streamed content.

“The investments we are making in our platform to enable advertisers and content publishers to reach our rapidly growing audience are paying off, and we are still in the early stages of our capabilities.”

Roku said that its media and licensing segment – which includes content consumption and promotion, licensing, and advertising sales on the platform – exceeded $100 million in high-margin revenue in 2016.

It also claimed that it is on pace to become “the most popular TV operating system in the US”, citing Nielsen research that said Roku accounts for 48% of active streaming players in the US, and IHS data that estimated Roku TV models represented 13% of smart TV sales in the US last year.

The news comes hot on the heels of a Fortune report claiming that Roku is in advanced talks about raising US$200 million in a new funding round that would carry a valuation of roughly US$1.5 billion.

The company has reportedly raised some US$210 million to date, including US$45 million last year, and counts Sky, Hearst, Viacom and 21st Century Fox among its investors.

As a privately-owned firm, Roku does not publish full quarterly earnings announcements.