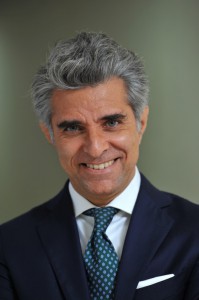 Fox Networks Group has put Paolo Agostinelli in charge of channel distribution for Europe and Africa.

As executive VP, affiliate distribution, he will oversee deals between FNG and platforms for the Fox, National Geographic, Fox Sports and Baby TV channels in Europe and Africa.

He joins FNG in early April, coming to the company from Tata Sky, an Indian platform that is a joint venture between FNG owner 21st Century Fox and Indian conglomerate Tata.

Before that Agostinelli was at Sky Italia, the 21st Century Fox-backed Italian pay TV platform.

In his new role he will be based in London and report to Jan Koeppen, president, FNG Europe & Africa, who said: “Paolo is a seasoned executive and with extensive first-hand experience of working with pay TV providers, which will help us to further deepen our partnership approach with our affiliates.”

Agostinelli added: “After working with a range of platforms across different markets, with a focus on creating value for end users, this is now a unique opportunity to leverage my experience and help expand this prominent business, working with some of the most iconic programming and leading channel brands in the industry.”