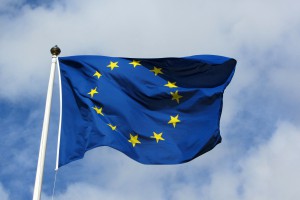 Europe’s commercial broadcasters have said proposed changes to to the main directive covering content and distribution risk stunting growth in the sector, reducing consumer choice, and putting a brake on investment in local programming.

Europe is in the throes of revising the AVMS Directive with a view to fostering the digital economy in the region.

A host of associations representing broadcasters in the EU have aligned their lobbying effort with a joint statement in which they warn of the dangers to the industry if mooted changes are implemented.

Its specific complaints relate to proposed new rules on advertising, which the group complains will limit the ability of commercial networks to invest in content, and are also out of sync with the rules for online video platforms.

They also take issue with the idea that broadcasters will face levies on their linear and on-demand services, which they say will restrict their ability to fund programming ‘and prevent channels from taking an innovative approach to funding content in response to changing audience demand’.

The other area of concern is that the ‘country of origin’ principle, which means channels are beholden to local country-specific rules, will be eroded as the EU seeks uniformity across the region.

The group said reworking AVMS is a once-in-a-decade opportunity to boost commercial TV in the EU region, but that the proposals in their current form ‘represent a step backwards’.

“When the European Commission embarked on the current review, vice president Andrus Ansip pledged to enable audiovisual companies ‘to be the powerhouses in the digital economy, not weigh them down with unnecessary rules’, but instead of deregulation, current proposals will increase restrictions – jeopardising investment in European content, increasing unfair competition with online players, and undermining the freedom to broadcast,” said the group.