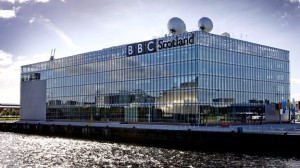 The BBC is to invest £19 million (€22.4 million) in creating a new TV channel for Scotland and will up its spending on Scottish programming by about £20 million a year as part of a new programme of investment in the UK’s devolved nations.

Following a review of programming and services in the nations that will also seen additional investment in Wales, the BBC has said it will recognise the need to spend more of the licence fee raised in Scotland and Scottish content and services.

The new channel, BBC Scotland, will air from 19:00 each day and will include an hour-long news programme at 21:00 on weekdays, edited and presented form Scotland. The pubcaster said it would create about 80 new journalist posts to staff the service.

The news service will not be scheduled concurrently with news programmes on other channels, but will provide “an alternative to high-end drama and entertainment” on other BBC services.

The broadcaster said that it had mulled a Scottish alternative to the flagship UK 18:00 news programme, but that this idea had been rejected. It said the new programme would not compete for resources with The Six or the existing Reporting Scotland news service that follows it.

Together with existing funding the channel will have an initial budget of £30 million.

The BBC said it would work n close partnership with the creative sector, other national institutions and other broadcasters to produce and acquire content, with some content provided in collaboration with other BBC channels.

BBC Scotland will have its own prominent EPG slot and will be available online and on BBC iPlayer in HD in Scotland and across the UK.

The BBC plans to spend an additional £20 million a year on Scottish programming for the three years to March 2019. The spend on UK-wide programmes made in Scotland in 2015-16 was approximately £65 million.

In addition to the creation of the new channel the BBC is also putting another £1.2 million into Gaelic-language service BBC Alba.

The plan is subject to approval by the BBC’s new unitary board and, possibly, by Ofcom.

“We know that viewers in Scotland love BBC television, but we also know that they want us to better reflect their lives and better reflect modern Scotland. It is vital that we get this right. The best way of achieving that is a dedicated channel for Scotland. It’s a channel that will be bold, creative and ambitious, with a brand-new Scotland-edited international news programme at its heart. The BBC has the luxury of having first-class creative teams and brilliant journalists, who I know will make this new channel a huge success,” said BBC director-general Tony Hall of the plan.

“The additional investment in Scottish drama and factual programming rightly recognises both the need to do more across our output and the huge pool of talent available in Scotland. We do make great programmes here, such as Shetland, Britain’s Ancient Capital – Secrets of Orkney, Two Doors Down and the brilliant Still Game – but we do need to do more. All of this combined amounts to the biggest single investment by the BBC in broadcast content in Scotland in over twenty years. This will be a huge boost for BBC Scotland and for the Scottish creative industries. This is an exciting time for BBC Scotland and for the millions of Scots who love TV.”