Nigeria switchover strategy could be duplicated across Africa, says Inview 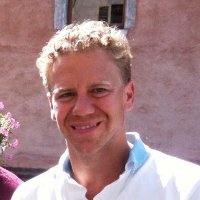 Nigeria could set the template for a raft of other African digital switchover projects, with conditional access-enabled boxes unlocking multiple ways to pay for DSO projects that are challenging countries’ ability to finance them, according to Nick Markham, chairman of Inview Technology, the UK technology company entrusted with the project.

Markham, formerly strategy director at ITV and one of the architects of Freeview, told DTVE that using CA-enabled boxes to create a reliable mechanism to levy a licence fee was attracting more interest across Africa. “Other African countries are looking at the model and the fact that they can build a domestically-owned platform,” said Markham.

Markham said that there are 100 million TV homes in Africa, so the potential market for this technology and way of implementing switchover is huge.

Digital switchover in most African countries has been fraught with challenges. South Africa finally began a limited switchover in part of the Northern Cape province last year after a long legal battle over whether to introduce encryption that has yet to reach a conclusion.

Other countries have failed to meet switchover deadlines and have encountered numerous problems in implementing the process, often due to lack of adequate funds to cover the costs.

“The whole system is based on conditional access,” said Markham of the Nigerian project. Inview has tapped Nagra to supply CA for Nigeria, and the technology is seen as a way to implement efficient collection of a licence fee that will help pay for the project.

Using CA will also create a platform over which pay TV operators such as StarTimes and MultiChoice’s GOtv could provide pay TV services.

“The other beautiful thing with CA is you can us the platform to deliver pay TV, so the idea is to make it a ubiquitous box with open access,” said Markham.

In addition to established players such as StarTimes and DStv/GOtv – neither of whom have yet to take up the offer – Markham said that the platform could bye used by the country’s dynamic film production business – Nollywood – to distribute content securely. An industry that is plagued by piracy could thus establish a secure revenue stream that would enable it to put more cash back into production. “We’ve got a secure platform so it could be a major way to distribute Nollywood movies securely,” he said.

Markham said the contract to supply audience measurement would be put out to tender. He added that the Nigerian TV advertising market could potentially deliver an order of magnitude more ad revenues than it currently generates.

The platform can also deliver monetization through the launch of value-added services.

The Nigerian set-top box design implemented by Inview includes two USB slots, one of which will be used to deliver DVR functionality via an external hard drive, which could be used for push video-on-demand services.

Markham said that the second slot could be used to support 4G broadband dongles. Inview has already launched a service in partnership with local mobile telecom giant MTN, although Markham said this is at a “nascent” stage. “The idea is to take the Freeview copybook but through the USB slot to give it an upgrade path,” he said.

MTN has recently invested in 4G spectrum – the money spent is helping the government to fund DSO – and is looking to offer converged services such as video-on-demand.

The digital-terrestrial service currently offers about 30 channels across multiple genres including general entertainment and music. This replaces an analogue offering that ranges from six channels up to about a dozen in Lagos, the country’s largest city.

Following Jos and Abuja, the next launch could take place in one of six states. Lagos– by far the country’s largest TV market – is more challenging as it represents 40% of the Nigerian TV advertising market, so there is a need to make sure that the future of this will be secured before going ahead. Overall, Nigeria has an estimated 20 million TV homes.

In addition to a digital-terrestrial platform, Inview is also supplying a free-to-view satellite version that could ultimately be used to deliver services to hard to reach areas of the country, which faces multiple challenges including threats to security in its northern provinces.

Boxes are subsidised, with individual homes able to acquire a devices for about US$5. The planned licence fee will be the equivalent of about US$5 per annum.

The implementation is also designed to stimulate local industry. Inview has licensed 20 local manufacturers to create boxes, and Markham said that three are already up and running, using components supplied from China. “The plan is to produce more and more of those components in Nigeria,” he said.

Nigerian switchover kicked off with a pilot scheme in the central city of Jos in April, and Inview estimates that 100,000 out of 150,000 analogue homes have now been converted.

Jos was followed by a launch in the capital Abuja, and Markham says that he estimates that 100,000 homes have been converted in the first month.