Naspers’ ShowMax teams up with Vodacom for low-cost SVOD offering 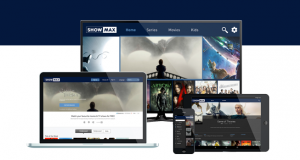 The new service, ShowMax Select, will be available on smartphones and tablets, priced at ZAR49 (€3.50) per month. The offering gives subscribers unlimited access to a catalogue of TV shows, movies, kids shows, and documentaries.

ShowMax Select is providing more than 10 000 TV show episodes and movies including local hits like Isibaya, Shaka Zulu, Binnelanders and Dineo’s Diary. The service also features international content including Teen Wolf, Merlin, The Driver and Line of Duty. More than half of the content on ShowMax Select is local. New content will be added weekly.

According to Vodacom, the service is optimised for lower data consumption on smartphones and tablets, and is billed directly to a Vodacom account with no need for a credit card. Credit card payment is seen as a major hurdle to uptake of SVOD services in South Africa, where much of the target market does not have access to credit cards.

The service will be available via apps for Android and iOS smartphones and tablets, and can also be viewed via web browsers.

To reduce data consumption, subscribers have the choice of three different streaming video quality settings. The default level is standard definition, which uses almost 40% less data in comparison to the default setting on the ShowMax Premium offering.

“ShowMax Select is all about making internet TV even more accessible. It’s half the price of our existing ShowMax Premium service with a strong focus on local content. We designed Select to be viewed first and foremost on mobile devices, with multiple options for managing data consumption,” said Chris Savides, Head of ShowMax Africa.

“Internet TV services should be accessible to everyone, not just the lucky few who have credit cards. By partnering with Vodacom, we’ve made it simple to charge both ShowMax Select and ShowMax Premium directly to your Vodacom account, no credit card needed.”

ShowMax is currently available in 55 countries including 28 outside of Africa. The service is currently localised in South Africa and Kenya, where ShowMax Select debuted in October. The service was designed to be mobile-first. ShowMax head of communications Richard Boorman told DTVE at the time that the operator would use its experience in the Kenyan market to apply the lessons to other markets in Africa.

In South Africa, ShowMax previously had an agreement in place with rival mobile operator Telkom whereby the latter offered an ‘entertainment’ data package including support for ShowMax streaming.