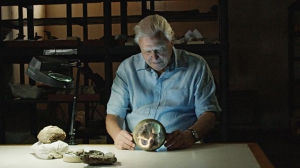 Attenborough and the Giant Sea Dragon

Tom McDonald will remain at the helm of the natural history and specialist factual departments, but now as overall strategy for television and digital.

Last year, he commissioned big-ticket factual programmes such as Seven Worlds and Attenborough and the Giant Sea Dragon.

Hunter was previously factual commissioning editor for Scotland, ordering series such as Big Blue Live and Oak Tree: Nature’s Greatest Survivor, while Salaria was assistant commissioner at the BBC Content Commissioner Development Program, working on religious-themed content such as Carols from King’s and My Mediterranean with Adrian Chiles.

They will now take the editorial and digital lead for their respective roles.

“These two new appointments demonstrate our commitment to genre specialism and to simplifying processes within the BBC to the benefit of our suppliers and our audience,” said Alison Kirkham, BBC controller of factual commissioning.

Kirkham took on her role as permanent factual commissioning chief in September last year. She had held the role in an acting capacity since May 2015 when Emma Swain took on a role assessing future commissioning processes.

Swain left the BBC a month before Kirkham took her new post, in August 2016.