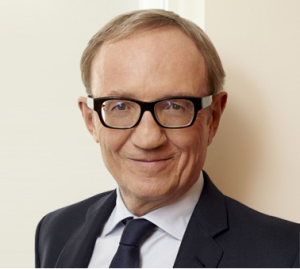 Bertrand Meheut, the former CEO of Canal+, is to join cable and telecom group Altice’s French unit SFR as vice-president of the group’s administrative council.

In a move that reinforces Altice and SFR’s strategic move towards becoming an integrated media and telecoms company, Meheut is taking on a new role under SFR Group CEO Michel Combes.

Meheut spent 13 years at Canal+ from 2002 before leaving under the management changes set in motion by Vivendi chairman Vincent Bollore just over a year ago.

In France, Meheut’s appointment will be seen as strengthening the claim of SFR to be an emerging competitor to Canal+. Altice has invested heavily in media assets including key sports rights such as the English Premier League and recently committed to developing movies and series. It has also said it will launch more channels following the launch of a raft of services earlier this year.

Meheut has a strong track record in sports, movies and TV, and tenaciously defended Canal+’s position across all three in the face of competition, initially from TF1-backed TPS, which was ultimately absorbed by Canal+, Orange and latterly Qatar-backed BeIN Sports.

Combes said in a statement that Meheut would “play a major role” at SFR. “His presence and his role in the council demonstrate our aim of accelerating the execution of our strategy around sport, entertainment, series, films and news,” he said.

SFR has also named Ann-France Laclide to its administrative council as president of the audit committee.