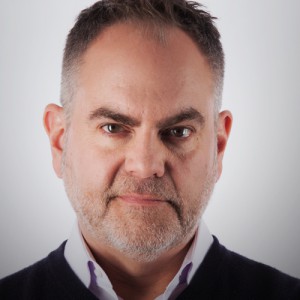 A group of veteran US media executives led by a former MTV executive have launched what they describe as a vertically integrated global media, information and technology company focused on OTT and multiscreen content.

Former MTV programming chief Andy Schuon is heading up the Los Angeles-based Every Day Networks, which will also have offices in Europe. The outfit has assembled a portfolio of channels after acquiring the former Fox Sports action sports and lifestyle channel Fuel TV along with OTT channel PlanesTrains+Automobiles and cable network Business Rockstars.

Working alongside him on the new venture are former Tribune Company chief digital officer Don Meek, who takes on the role of chief operating officer, Fuel TV founder CJ Olivares, who will serve as chief content officer, and former Fox Networks Group executive Austin Wignall, who will take on the role of head of audience development.

The company will focus on developing content for mobile and OTT TV. Every Day Networks has the stated goal of becoming the first ‘integrated multi-network company’ purpose-built to deliver services in the age of connected devices and social media. The outfit’s efforts will be data-driven, based on MasterChannel Interchange (MCX), a technology platform designed to help with the development of content, distribution and revenue models.

MCX Indie, one iteration of this platform, is designed to enable the creation of new OTT channels, allowing content owners to team up with Every Day Networks to develop services without making heavy investments in data integration and revenue platforms, according ot the company.

Every Day Networks plans to build on Fuel TV’s existing distribution on cable and satellite in 70 territories by making the channel globally available via OTT next year.

The three-year-old startup and entrepreneurship-focused Business Rockstars is available in 35 million US TV homes and on radio. This will be launched internationally as a cable channel and OTT app, according to the company.

Every Day Networks said it would expand the reach of OTT travel and lifestyle channel PlanesTrains+Automobiles, which is available via Roku and Amazon Fire, along with a distribution deal with Delta Airlines, by launching on the Apple TV platform soon.

“We believe Every Day Networks is what a successful media company looks like in the 21st century,” said Schuon.

“We’re set up with great brands and a great team to follow the audience as they migrate to new viewing platforms that enable an entirely new commercial model for our industry.”