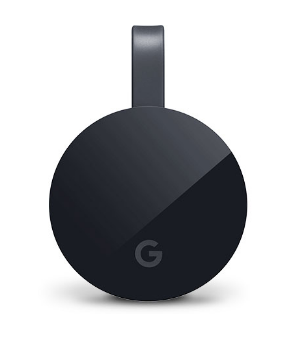 Google has unveiled a new 4K, ultra high definition version of its Chromecast streaming device, which will launch in November.

Announcing the device alongside a raft of other products at a launch event in San Francisco yesterday, Google said that Chromecast Ultra users will initially be able to stream 4K content from Netflix, YouTube and Vudu, with Google Play Movies and TV due to roll out 4K content later this year.

“Chromecast Ultra loads videos 1.8 times faster than other Chromecast devices and includes major WiFi improvements to support streams from full HD to Ultra HD without a hitch,” said Google in a blog post marking the launch.

The device looks similar to the current generation of Chromecast but also adds Ethernet support for a wired web connection.

Google last updated its Chromecast in September 2015 when it launched a a second generation Chromecast, along with a Chromecast Audio device for music and audio streaming.

Chromecast Ultra will be available in the US priced at US$69 and 15 other countries including the UK where it will cost £69, from next month.