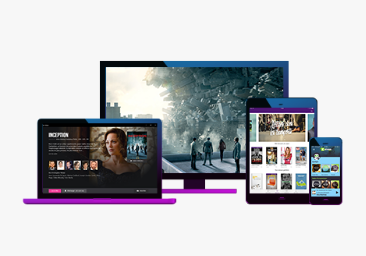 French online retailer Cdiscount, owned by supermarket group Casino, has launched a Netflix-type OTT streaming service with the twist that it combines video, music and books for a single monthly price of €9.99.

Cstream Video will offer over 300 movie titles and 1,000 TV episodes aimed at kids, with new content to be added each month, according to the company.

The video offering comes via white-label video-on-demand specialist VOD Factory, which is behind FnacPlay, the on-demand player of electronic goods and music retailer Fnac. The video service is available via a native player, and is compatible with Google Cast. An Android TV version is in the works, according to Cstream.

Cstream Music will be organised in 100 playlists, featuring what the company described as millions of titles for all occasions, personalized according to the taste of the listener.

Cstream Books, the third leg of the offering, will include access to 50,000 novels, graphic novels, non-fiction and kids books from French e-books specialist Youboox, along with 30 magazine titles.

The service will be available on PC, Mac, smartphone and iOS and Android tablets, alongside TVs for video content only, according to Cdiscount. Content will be available to download for offline viewing, listening and reading.

The group said it was targeting the 90% of French people who have not signed up for a paid-for streaming service with a service that brought three media together in a single offering for the first time.

Subscribers are being offered a trial first month’s subscription for €1. Users will not be required to commit to a minimum contract period.

Cdiscount has about eight million active users in France, with an annual turnover of about €2.7 billion.