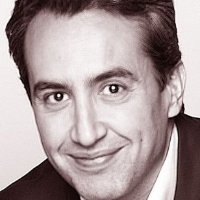 Mourad, in addition to his Altice role, was recently named deputy CEO of SFR Media, the closely related media unit of the French service provider majority-owned by Altice, and vice-president of SFR Presse, the group’s print and online media arm.

At Altice, he worked closely with the media group’s CEO, Marc Laufer, who had been in charge at NRJ and NextRadioTV, two of the group’s key assets acquired thanks to the partnership between Altice and NextRadioTV founder Alan Weill, with Weill taking charge at SFR Media.

SFR said that he has resigned to devote himself fully to a public role. According to French news service Challenges.fr, which broke the news of his move ahead of its formal announcement, Mourad will join Macron’s team and help transform the former minister’s En Marche! movement, formed in April, into a full-fledged political party. He will also likely play a significant role in helping secure financial support for Macron’s likely presidential bid.

Mourad, a former Morgan Stanley banker, joined Altice Group in January 2015 and was named president of the new Altice Media Group in May last year. At Morgan Stanley, he had previously worked with Altice founder Patrick Drahi from the time of the latter’s acquisition of cable operator Noos, part of what later became Numericable, and subsequently SFR, in 2004.

Drahi and CEO Michel Combes said in a joint statement that Mourad had “worked with us with talent and loyalty for more than 10 years”. The pair thanked him “very warmly for his contribution to the development of the group”.