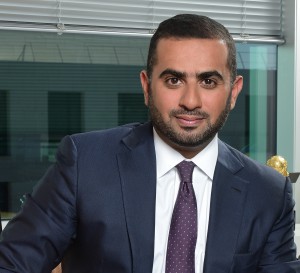 Yousef Al-Obaidly has been named as the new CEO of Digitürk following the Turkish pay TV operator’s acquisition by BeIN Media Group.

Al-Obaidly, who played a key role in the launch of BeIN Media and spearheaded the group’s entry into the French market, has been named to head up the Turkish outfit by BeIN Media Group chairman and CEO Nasser Al Khelaifi.

Al-Obaidly is currently deputy CEO of BeIN Media Group and president of BeIN Sports France, Americas and Asia Pacific. He is also the secretary-general of Qatar Tennis Federation, a board member of Qatar Sports Investments, and a board member of PSG Football Club and PSG Handball Club.

Al-Oblaidly and Al Khelaifi have worked together for 14 years to build up BeIN Media. They were jointly responsible for the transition of Al Jazeera Sport into BeIN Sports in 2013. Al-Oblaidy also played a key role in bringing the Digitürk deal to fruition and has been working at Digitürk’s Turkish HQ since the deal closed on August 26.

“The acquisition of Digiturk is an important milestone in the global expansion process of BeIN Media Group. I see already some synergies taking place between our sports channels, some good exchanges on the entertainment side of the business as well as others areas. Today in order to lead Digiturk’s transformation process, I’m glad to announce that Mr Yousef Al-Obaidly, deputy chief executive officer of BeIN Media Group has been assigned to the position of Digiturk CEO with immediate effect. He will retain his current roles within our group in addition to this new assignment,” said Al Khelaifi.