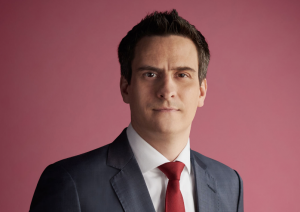 Wiedenfels will join Discovery next April and fill the shoes of Andrew Warren, who had previously announced he was leaving the group.

The new CFO will be based in New York and report to Discovery CEO and president David Zaslav, who said: “Gunnar’s international expertise aligns perfectly with our future growth profile, and he brings to Discovery an exceptional reputation in the capital markets, strong industry expertise and a strategic focus to help unlock the value of our investments.”

He joins after seven years at ProSiebenSat.1 and has been at the company as it seeks to diversify from a broadcaster to a broader media group. Before ProSieben, he was as a management consultant at McKinsey & Company.

The German company said it has already begun looking for a new CFO, and has upped Ralf Peter Gierig, executive VP, group finance and investor relations, to deputy CFO with immediate effect.

Thomas Ebeling, ProSiebenSat.1 CEO said: “I sincerely regret the departure of Gunnar Wiedenfels but, at the same time, have great respect for his decision to accept a new task in the United States. At the same time, I am delighted that Ralf Gierig will additionally assume the role of our deputy CFO.”